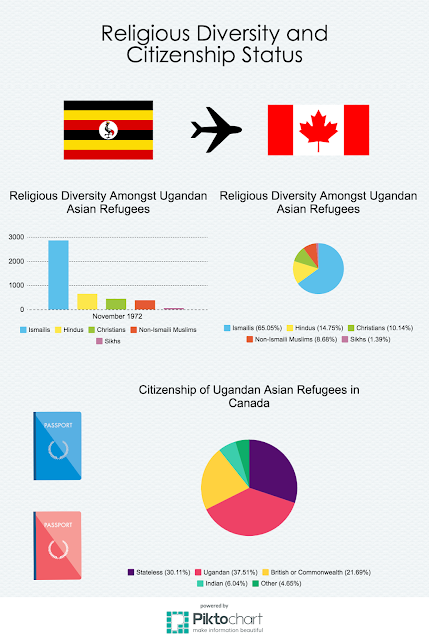 After a very long hiatus from this series I'm back at it with another one that dispels a few myths about the Ugandan Asian refugee community in Canada. What:  Statistical data on Ugandan Asian Refugees Who:  V.A. Latour, Department of Manpower and Immigration When:  November 10th 1972 Where:  Canada So what:  Demonstrates the religious diversity amongst Ugandan Asian refugees and refutes the myth that all refugees were Ismailis. It also highlights how the priority for Canadian immigration officers on the ground in Kampala was to accept all those who were stateless. One of the largest misconceptions about the arrival of Ugandan Asian refugees is the commonly repeated statement that they were all Ismaili Muslims. It was even repeated by the current Prime Minister of Canada, Justin Trudeau, when discussing past major refugee resettlements in Canadian history.  [0:58 in the video] Although, the Prime Minister does not openly say all Ugandan Asian refugees were Ismailis, he doe
18 comments
Read more 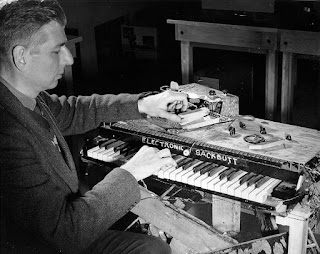 Hello blog world,  As part of a research project jointly funded between Western University and the Museum of Science and Technology in Ottawa, we've been working on a couple project involving the reverse engineering of analog devices. Safe to say, that means we've been working with old musical or computational devices and try to recreate them in a digital format. In this case, we've focused on trying to create a representation of Hugh Le Caine's Sonde using a program called Max . Like many of you, I had never heard of Hugh Le Caine until I started working on this project. I must also thank Professor William Turkel for his endless encouragement and motivation throughout this process and for originally getting me involved with the research. Le Caine was in fact one of the leading Canadian pioneer's in the field of electronic music. Born in 1914 and raised in Thunder Bay, Ontario, Le Caine held a steadfast attraction to music and science. Although he enro
4 comments
Read more
More posts